SOSM Round One: The Sutton Blouse

When I saw that the first challenge of the Super Online Sewing Match was the Sutton Blouse by True Bias, I wasn't sure what to think at first! It's not a pattern that I would have picked out on my own, but I can see why they chose it for the first round. It's simple enough, but perfect as a blank slate to make your own. 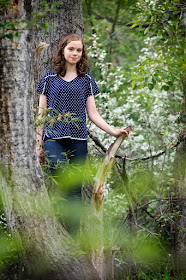 It was only the first morning of the competition, though, and I had already run into a problem. The contestants were generously provided with a gift certificate to Hart's Fabrics to cover the cost of the project, but as is always the case, shipping from the US to Canada takes far too long for this to be an option for me. In Canmore, there's a great quilting store where I'm able to buy all the notions that I need for my sewing projects, but their supply of garment fabrics is very limited, and I couldn't find anything to work with there.

The only fabric I had in my stash that I thought would work was this rayon from Cotton + Steel's Frock collection, which I had bought at Spool of Thread in Vancouver while I was there in May. I didn't think that I had enough, though - I had just over half of what the pattern called for! 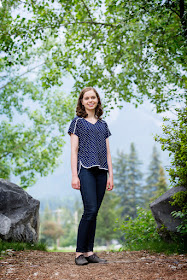 I ran into my second problem that evening after work, when the printer where I'm staying decided that it had printed enough PDF patterns, and ran out of ink. It was 6:10... every printing store in Canmore had closed 10 minutes ago! I thought that I was stuck until the next day after work, until I realized that the public library would have printers that you could pay to use. Phew!

I printed the pattern scaled to 90%, because I'm smaller than the size 0, and a bit of math told me that the size 2 would be perfect when scaled like this. I cut out a muslin in this size, and the fit was great! The only alteration I made was to take out a little of the yoke seam in the back, toward the outer edge of the back piece. I know that the style is supposed to be loose, but it just seemed like there was a little too much excess fabric there. 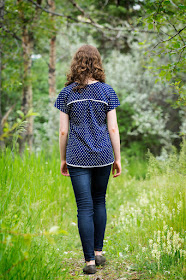 I then laid out the pattern pieces over this rayon, and miraculously, they fit if I cut everything on a single layer! I wouldn't have much to play around with for pattern matching, but at least I had something.

Speaking of pattern matching, this was the first time I ever tried it! Throw in a super shifty fabric and some French seams, and it wasn't long before I wondered what I had gotten myself into. Cutting this out took an entire evening!

I started with the front pieces, since I decided that the centre front seam was the most important to match. I cut everything out very, very carefully and slowly, and staystitched all the edges before cutting the next piece - I wasn't taking any chances with this stretching out! Once I had all the front pieces cut out, I basted them together by hand to make sure the pattern matched... and it did! 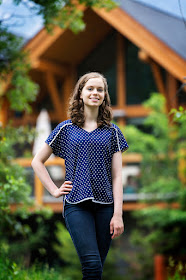 I realized pretty quickly that pattern matching wasn't possible anywhere else, although I think I did a decent job of at least lining up the diamonds in a straight horizontal line at the side seams, and in a straight vertical line at the centre back. Because the the width of the pieces, and the angled seams at the yoke, I couldn't really match anything else up. 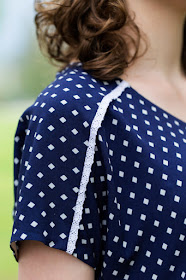 I felt like this blouse would need a little something more to feel like 'me', so I spent some time rummaging through the notions at the quilt store, and I found this cotton lace trim that I thought would look nice sewn into the seams. I cut it in half, then basted it in place after sewing the first seam of the French seam, so that when I sewed the second seam, it was sandwiched in between the layers. 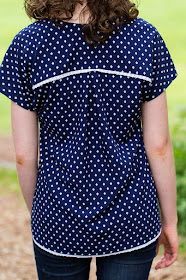 I also changed the hem a little, and made the edges rounded for a scalloped effect. I wanted to stay true to the pattern, and yet make it more wearable for my style. I love how this turned out! 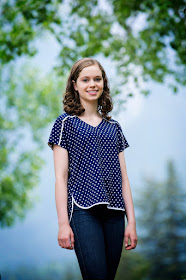 I didn't have enough fabric to make bias binding out of the same fabric, so I used some white silk lining. This probably wasn't the best idea - I used the continuous bias tape method, and the fabric was so shifty and delicate that it took ages. I had never used this method before, and I ended up with a lot more bias tape than I was expecting! 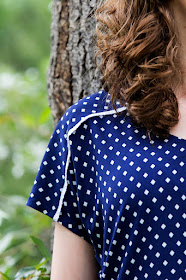 When I attached the bias binding, I slipslitched it by hand rather than topstitching. I love the clean look of hand sewing, and I find it so satisfying! 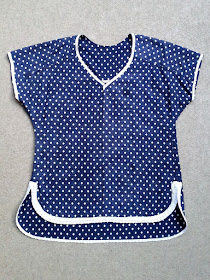 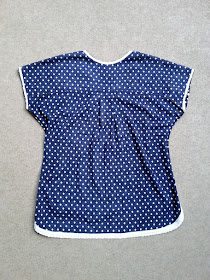 Rather than turning under the edge, I hemmed the sleeves by hand with more of the silk bias binding, since I loved how the neckline looked. I originally planned to use more of the lace trim here, but after basting it in, I decided that it was too busy and took it out.

I used a French seam at the side seam since I have no serger, although the pattern doesn't suggest it because of the side slit. I just stopped right before the side slit, and then snipped the seam allowance so that it would lay flat and I could finish the edges of the side slit. 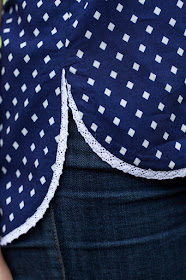 I sewed the side slit in a completely different way than the instructions suggest, since I made it rounded and wanted to use more of the lace trim around the edges. I started by basting in the lace trim, then attaching the bias binding, sandwiching the trim in between the two. When I turned the bias binding to the wrong side and sewed it by hand, the lace trim stuck out past the edge of the fabric. I finished the front and the back separately, and then finished the top edge of the slit with some more bias binding and hand stitched it down to secure it. (Looking at these photos, I realized that it needed another good press - those wrinkles at the top are now gone!) 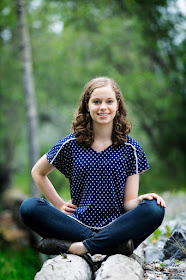 I'm so proud of my finished blouse! Although the pattern isn't one I would have picked on my own, I think I really managed to make it suit my style, and I think I'll wear it tons. It also looks great tucked in, but it'll be so easy to just throw on over jeans - exactly the kind of top I need more of! 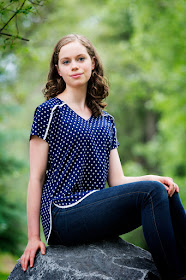 Despite the challenge of pattern matching this fabric, it worked out really well for this blouse. It's so drapey, but was surprisingly easy to sew with (or maybe that was just by comparison to the silk bias binding!). It's super soft and probably the nicest rayon I've ever worked with. It pressed beautifully, and any needle and pin marks pressed right out. I'm on a huge rayon kick right now, so I'm really tempted to try to find some more of it! It's pricier than a lot of other rayon (it cost more per metre than the silk I used for the binding!), but it was really worth it. 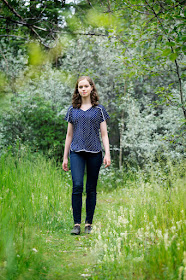 I should also point out the Kelli's instructions for the pattern are excellent and very clear - I love how cleanly the insides are finished. I would really recommend the pattern, and I'll probably be making more!

To see all the finished blouses for the first challenge, head on over to Sew Mama Sew - I believe they'll be up by Wednesday!

Lastly, a HUGE thank you to Micheal from Photoflow for taking these amazing photos for me! 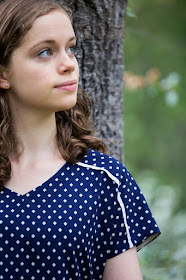